Attend
a Concert Come Sing
with Us Donate 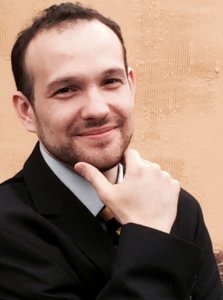 Acclaimed pianist Dr. Erikson Rojas has celebrated a performing career throughout the world, highlighted by eight appearances at Carnegie Hall, New York. Concert tours and festivals have presented him in solo and chamber-music performances in European nations such as France, Italy, Germany, Hungary and Austria, as well as in the Latin-American countries of Mexico and Cuba, his native land. He has also been featured as soloist with various orchestras, including the Ocean City Pops Orchestra and the Vienna International Orchestra. Dr. Rojas is honored to have been one of five Americans and the only Hispanic in 30 pianists selected world-wide to participate at the Cleveland International Piano Competition. Through the aegis of Princess Cecilia de Medici, Dr. Rojas was a Fellow at numerous La Gesse Foundation Festivals. Participation in other national and international festivals has been sponsored by the Center for Musical Excellence, for which he recorded on their debut album on the MSR Classics label. Dr. Rojas won his first competition in Santa Clara, Cuba, at the age of nine, and went on to receive various awards and honors, including First Prize in Cuba’s Amadeo Roldán and UNEAC Competitions. As a child prodigy, he was featured on CNN, as well as on several international radio and television broadcasts. In Pennsylvania, he won the Ambler Symphony Orchestra Competition and the Outstanding Young Christian Artists Competition (three consecutive years), among others.

As a scholarship student of Min Kwon and Juilliard’s Martin Canin, Dr. Rojas earned the Doctor of Musical Arts degree at Rutgers University’s Mason Gross School of the Arts, where he was awarded the Saldarini Award, a Graduate Internship, and a Departmental Assistantship. At Rutgers he also received musicological tutelage from his doctoral advisor, Beethoven scholar Douglas Johnson. Dr. Rojas was also part of a winning ensemble in the school’s Chamber Music Competition. As a 5-year pupil of the legendary Leon Fleisher, Dr. Rojas completed the Master of Music degree and the Graduate Performance Diploma at Peabody Conservatory. There he also held a candidacy for the Artist Diploma, the school’s highest distinction in performance offering a full-tuition scholarship. Along with his studies in piano, he has also taken conducting lessons from eminent conductor Gustav Meier. Prior to Peabody, he studied piano and music history with Distinguished Professor Dr. Samuel Hsu at Cairn University, where he received his Bachelor degrees in Music/Piano Performance and in Science/Bible. At Cairn, Mr. Rojas also learned organ from Robert Carwithen. Earlier musical studies took place at the prestigious Curtis Institute of Music under Madame Eleanor Sokoloff, and at Cuba’s A.G. Caturla Conservatory under Virginia de la Osa. Additional private instruction was received from renowned pianists Susan Starr, Charles Abramovic, and Paul Hoffmann. Other lessons and masterclasses were with Claude Frank, Jerome Lowenthal, Gary Graffman, Seymour Lipkin, Pavlina Dokovska, and Jorge Luis Prats, among others.

Dr. Rojas performs regularly on the east coast of the United States. He teaches piano privately, and having taught at Eastern and Cairn universities, he is now on faculty at Palm Beach Atlantic University, Csehy Summer School of Music, and Sounds of Manhattan International Music Festival and Competition. He has also served as Organist and Music Minister at First Baptist Church of Lansdale and at United Methodist Church of the Redeemer in Philadelphia, PA. He resides in South Florida with his beloved wife Diandra.