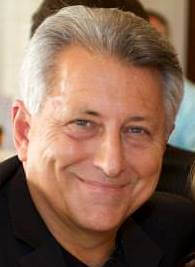 A baritone, Mr. Aliapoulios made his concert debut with the Boston Symphony Orchestra at the age of 25 along with cellist, Yo Yo Ma. He has since appeared as guest soloist with such other highly acclaimed organizations as The Cleveland Orchestra, The Pittsburgh Symphony, The Symphonic Orchestra of Belgrade Radio/Television (Yugoslavia), The Shinsei Nippon Symphony (Japan), The Portland Symphony, The Vermont Symphony, The Handel and Haydn Society, The Mark Morris Dance Company, The Tanglewood Festival Chorus, The Boston Ballet Orchestra, The Longwood Symphony as well as The Opera Company of Boston, The Boston Lyric Opera, Palm Beach Opera, The Miami Bach Society, The Florida Philharmonic Chorus, and The Masterworks Chorale, among others.

Mr. Aliapoulios is a regular clinician and adjudicator for voice and choral festivals held around the country by Heritage Festivals, Performing Arts Consultants and Ovation Festivals (New Jersey), as well as Music festivals Inc., Gateway Festivals, Music Festivals USA, and The Florida Vocal Association, among others. For a number of years he was represented by Artists International Management in New York City. For almost twenty years he was the baritone for The American Vocal Arts Quintets and recorded with them on the Titanic Label. His recording of the title role in the World Premiere of Ethan Fromm by Douglas Allanbrook was released on the Mapleshade Classic Label. He currently lives in Lake Worth with his wife Kimberlee, a professional flutist and Director of Bands at St. Mark’s Episcopal School in Palm Beach Gardens.